Its a habit you just can’t help, if you’re into your watches you will be able to recognise and pick out a good watch at a hundred paces. You’ll forget about the plot and spend the entire time watching your favourite shows trying to get a glimpse to see of you’re right about that watch on screen …

Gabriel Macht, the Miami-based actor whose life changed drastically due to the fame his character Harvey Spectre brought him in the hit show Suits, wears a Breitling Superocean in real life. Left to him by hs father-in-law he claims its his most treasured possession and has hardly taken it off for the past seven years. On screen however is another matter – Harvey Specter’s Patek Philippe 5004P was seen no more than twice in one series and then never again. Whilst a top lawyer would no doubt own a good watch, when it comes to filming its as simple as the suits looks and hangs better without one. Those suit are pretty special after all. 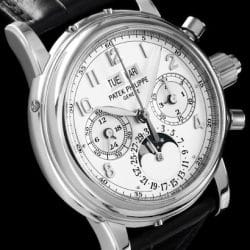 Sticking with Suits; Patrick J. Adams as his ‘starting from nothing’ character Mike Ross, was seen in Timex Atlantis in season 1, switching up to a Hamilton jazzmaster petite seconde by season four. Nobody was very impressed with either. 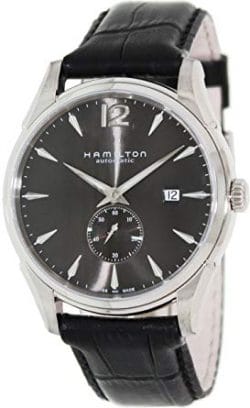 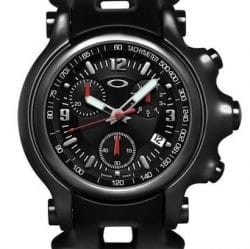 In the Big Bang Theory,  Sheldon Cooper, played by Jim Parsons, wore a Wenger Commando City. Its brand was one of the first Swiss Army knife manufacturers. So genius early on, then somewhat lacking in coolness as an adult. Perfect character match! 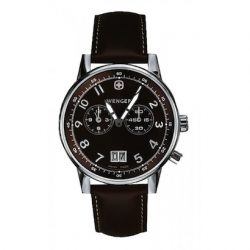 Jon Hamm brought the character Don Draper to life in Mad Men (2007-2015) and sported the Rolex Explorer.  A retro-rooking Rolex Oyster Perpetual Explorer to be exact. A style icon wearing a style icon. 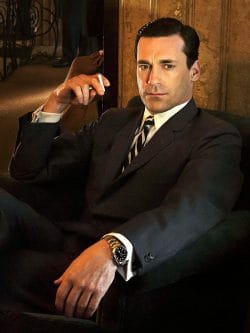 Breaking bad’s anti-hero, Walter White (AKA Heisenberg) played by Bryan Cranston, sported a TAG Heuer Monaco watch, gifted to his character as part of the story. The watch shows the breaking down of the relationship between student-turned-apprentice, Jesse Pinkman (played by Aaron Paul) by White symbolically abandoning the watch on a phone booth out in the middle of nowhere by the end of the series. 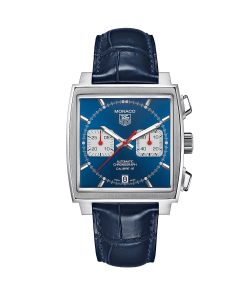 Greys anatomy – a fifteen series and still going strong lion of a show has its fair share of several serious cast changes. and watch wears. In amongst current long-term series regulars is Kevin McKidd, as trauma surgeon, Dr Owen Hunt, who has been spotted wearing some impressive timepieces on the show—one of which has been a Panerai Luminor. 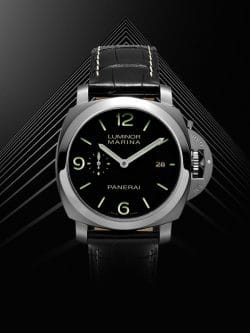 This is Us took first America, and then the whole world, by storm as one of the most talked about tv shows since Game of Thrones. Chrissy Metz’ character Kate, one of the big three, is often spotted wearing aRolex Oyster Perpetual Day-Date, in steel and gold.

The sopranos, well; Carmela Soprano might not be everyones cup of tea, but she’s certainly a woman of extreme extravagance. So rightly so around Carmela’s wrist throughout the series is a Rolex ladies two-tone Datejust that is fitted with on a Jubilee bracelet. Just like this one- 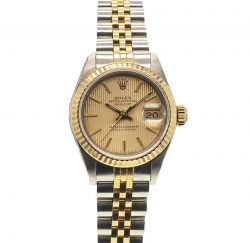 Do let us know what watch you’ve spotted on TV!