Of Watches and Motorbikes

A closer look at the ever-growing connection between motorbikes and watches -those that appreciate the detail and skill of intricate engineering are likely to be into both their watches and their bikes.
It’s a trend that’s attracting the attention of luxury watchmakers, with several of the bigger watch companies having made at least one timepiece that gives a nod in the direction – or in some case a very big shout in the direction – of the world of motorbikes.  Take a look at our round up here –

Breitling recently announced a deal with British Norton Motorcycles, stating their similar dated history as a reason to ‘twin’ and create a joint effort that promises to always result in a range of wristwear ‘inspired by and incorporating’ materials found on the bikes.

Bremont created 200 limited-edition chronographs, with a gold Norton logo, to complement the £44,000 Norton V4SS and a further design of watches to go with the £28,000 V4RR model. Bremont’s original Norton watch, introduced in 2008, is now a valuable collector’s piece. 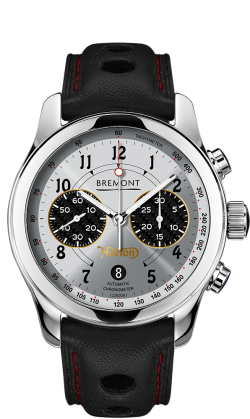 Jaeger-LeCoultre were not to be left behind and recruited MotoGP star Valentino Rossi as a brand ambassador, introducing special versions of its ‘Extreme World Alarm’ and ‘Master Compressor’ chronographs,  featuring styling chosen and apparently inspired by the nine-time world champion himself. 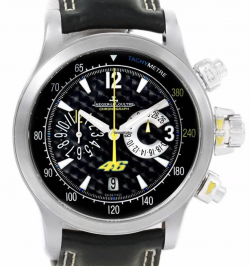 The lesser known Graham Chronofighter  ( Extra fact for you; George Graham (who founded the company) is credited with designing the first ever stopwatch) You’d chose this preferably in biker friendly steel, as it is a big classic date timepiece with stacks of heritage. Liked by the brand ambassadors like John McGuinness {British professional motorbike racer} and Cameron Donald {same} it must make it on the list for a biker. 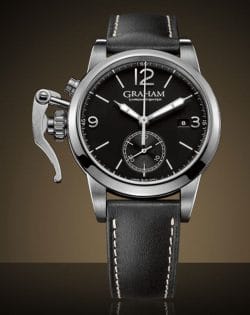 If you are thinking along the lines of something more affordable, in a practical frame of mind,  to wear to your next bike track meet, then fairly recently Ducati  partnered with fellow Italian firm Locman launching two limited-edition watches. The 3,000 numbered pieces each incorporated the same titanium, carbon fibre and high-grade steel used in Ducati’s sportsbike production. 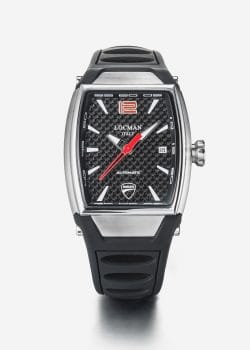 Perhaps the most interesting of new motorcycle themed watches however, is the one by Baume & Mercier, as part of a deal with Indian Motorcycle which, dating from 1901, is America’s oldest motorcycle maker. Indian’s pre-war, V-twin engined machines were famed for their success in track racing, as the choiceof daredevil riders on the infamous ‘wall of death’,  and then as the official bikes of many a US police department. More recently the firm returned to recognition with the release of 2005’s film The World’s Fastest Indian, starring Sir Anthony Hopkins, the true tale of New Zealander Burt Munro, who spent his life home-tuning a 1920 Indian bike in order to travel around the world to America’s Bonneville Salt Flats – where, in 1967, he set a motorcycle land-speed record of 183.58 mph at the advanced age of 68. Pretty awesome by all accounts. They have created a Munro special tribute watch, featuring Burt’s lucky number ’35’ in a large yellow circle feature. We think its rather good-looking, and love the attention to details, such as strap being dyed the same shade of red typically found on vintage Indian motorbikes, while the case back shows the edition number from the 1,967 to be made – a quantity chosen to commemorate Munro’s record-breaking year. 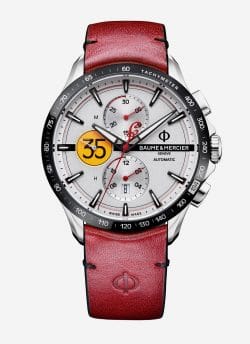